ORDER OF THE GOVERNMENT OF THE REPUBLIC OF TAJIKISTAN

1. Approve the National strategy of adaptation to climate change of the Republic of Tajikistan for the period till 2030 it (is applied).

2. To committee on environmental protection under the Government of the Republic of Tajikistan:

- together with the relevant ministries and departments and local executive public authorities within annually provided means of the government budget and other sources which are not prohibited by the legislation of the Republic of Tajikistan to take necessary measures for realization of National strategy of adaptation to climate change of the Republic of Tajikistan for the period till 2030;

- annually by December 15 to submit to the Government of the Republic of Tajikistan the report on results of realization of this Strategy.

Prime Minister of the Republic of Tajikistan

Approved by the Order of the Government of the Republic of Tajikistan of October 2, 2019 No. 482

DMR - Department of the international development

KGNSA - Advisory group on the national strategy of adaptation

NSR-2030 - National Strategy of development for the Republic

NSR-2015 - National Strategy of development for the Republic

2. Speaking at the 21st Conference of the Parties of the Framework convention of the United Nations on climate change (RKIK UN) in Paris, France, on November 30, 2015, the President of the Republic of Tajikistan, the Leader of the nation, dear Emomalii Rahmon noted that though the share of the Republic of Tajikistan of emissions of greenhouse gases is on a global scale small, however, Tajikistan is one of the most climatic vulnerable countries of the world to climate change impacts.

3. Tajikistan wins first place among the countries of Europe and Central Asia on the settlement simplified vulnerability index to climate change, being especially sensitive country by this criterion in connection with low capability to adaptation. Taking into account aggravation of the existing problems and emergence of new risks, climate change, most likely, will act as barrier on the way of achievement of the priority directions of development by Tajikistan.

4. The risks connected with climate changes and adaptation measures for decrease in effects of these risks for the population and key industries of economy are important elements of the National strategy of development for Tajikistan till 2030. Waiting for signing of the international climatic agreement at RKIKOON Conference of the Parties (COP21) in December, 2015 in Paris, Tajikistan prepared the contribution assumed and determined at the national level which estimates climatic trends and develops different scenarios for further taking measures to emission reduction. Tajikistan signed on April 22, 2016 and the Parliament of the country ratified on February 16, 2017 the Parisian agreement.

5. The national strategy of adaptation to climate change (NSAIK) also considers the international obligations of the Republic of Tajikistan according to the Agenda for the 21st century and to the Sustainable Development Goals (SDG) connected with fight against the climate change approved by the 70th session of the United Nations General Assembly in September, 2015. The main focus of TsUR is the concept of sustainable human development. Proceeding from it, complete eradication of poverty, change unstable and promotion of steady consumption patterns and production, fight against climate change for the purpose of further economic and social development are the main tasks and the vital conditions of Sustainable human development.

6. Impacts of climate changes are shown at all system levels: global, regional, subregional, national and local levels. Climate change in Tajikistan, considering its geographic location, exclusive to variety of climatic conditions, economic structure, demographic characteristics and geopolitical interests, requires advance development of the comprehensive, balanced approach to problems of climate and the related questions on the basis of the complex scientific analysis of the environment, economic and social factors.

8. NSAIK can promote formulation and realization of policy of Tajikistan in the field of climate change and adaptation to it. It is directed to support of economic growth and acceleration of upgrade of all industries of economy, diversification and strengthening of the global market, and also increase competitiveness of economy of Tajikistan due to increase in adaptivity and energy efficiency of the country. NSAIK will allow the country to accept more integrated and dynamic approach to planning of sustainable development of the country in general, and in particular, its economies, and to consider mid-term and long-term forecasts on change and variability of climate.

9. At the international level, NSAIK will become the key tool for Tajikistan on promotion and promotion of the line item at negotiations in RKIK UN, reporting on accomplishment of obligations assumed within RKIK UN and further planning of national economy in the context of climate change.

Chapter 1. Climate change and its threats for Tajikistan

§ 1. Historical tendencies of variability of climate

10. Climate change causes big problems for Tajikistan as the country is strongly subject to it and has rather low capability to adaptation. The World Bank specifies Tajikistan as the most vulnerable country in Central Asia. From 180 countries ranged on index of global adaptation of the Notre Dame, Tajikistan University takes the 111th place. Tajikistan takes the 78th place among the most vulnerable countries and the 52nd place among less prepared countries. In comparison with other countries in index, its current status of vulnerability is managed. However, improvement in indicator of readiness is necessary if it is made, for the purpose of it is better to begin the difficulties adapted for future climate changes and connected with climate. In index of long-term climate risks, Tajikistan takes the 29th place.

Figure 1. Change of temperature in Tajikistan

13. The amount of annual rainfall grew during the period from 1940 to 2017 by 5% of-10%. The greatest number of rainfall, was observed in 1969. Rather significant increase in amount of precipitation was during the summer periods from 1976 to 2017. In the majority areas of the republic the number of days with intensity of rainfall in 5 millimeters or more, increased, especially in the central mountain regions. The number of days with strong rainfall (30 mm a day) increased in foothill regions of the country, such as in the Gissar valley. The number of rainy days increased, and the number of snow days decreased. 2011 and 2016, with more frequent mudstone descents were the most rainy 1969, 1998, 1999,. In 1998 because of mudstone descent more than 7000 houses were destroyed and more than 130 people died. Avalanches cause the growing concern. In 2002-2017, avalanches became cause of death more than 74 people. In 2010 and 2017 the avalanche blocked the strategic road connecting Dushanbe with the North of Tajikistan. 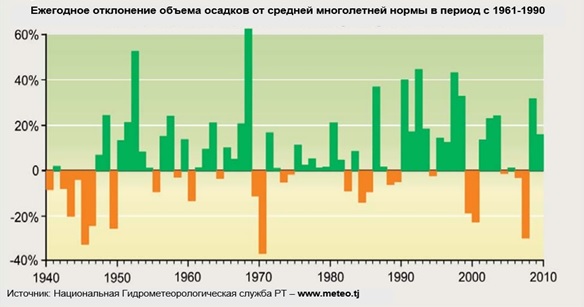 Figure 2. Changes of rainfall in Tajikistan

14. The continuing thawing and the departure of glaciers connected with climate change causes concern for Tajikistan as glaciers and snow inventories of Tajikistan are the main sources of irrigational water. About 30% of glacial cover are lost since 1930; the current speed of thawing constitutes losses in annual measurement of 0,5 of %-0,8 of %. The biggest glacier in Tajikistan Fedchenko's Glacier, departed on distance in 1 km, and lost about 5 km of ice since the beginning of the XX century (the drawing 3). Small glaciers in lower reaches receive the greatest influence from climate change and thaw with unprecedented rates. For example, in Diakhandare, glacier with surface area less than 1 km 2, Karatag located in riverhead, completely thawed. The size of the Zeravshansky glacier decreased by 10% during the period between 1927 - 2010, and departed on km 2,5. 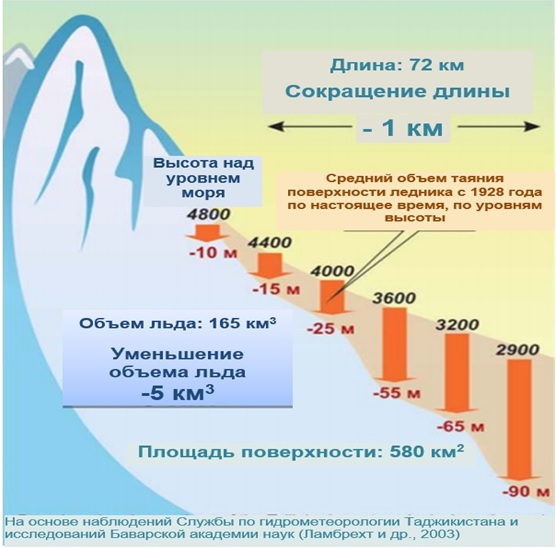 Figure 3. Thawing of glacier of Fedchenko

16. According to the Third national communication of Tajikistan to RKIK UN, climate change, as expected, will cause (i) temperature increase of air, (ii) big variability in loss of rainfall, (iii) to the accelerated thawing of glaciers, and (iv) to increase, both the frequency, and scales of the extreme weather events caused by climate. More detailed details of the predicted changes in climate consist in the following:

- scenarios on air temperature. In comparison with 1961-1990, by 2030 annual average temperatures will increase by °C °C-0,4 0,2 in all regions of the country; it matches with the tendencies observed within the last 15-20 years. During the winter period which is most expected growth of temperature constitutes about 2 °C. Both in the summer, and in the winter temperature will grow even on Pamir and in Mountains Hindu Kush. Actually, temperature in mountain areas will grow more in high gear, than in flat and droughty areas. By the end of the 21st century, on scenarios it is expected that warming will exceed 5 °C in the southern regions of Tajikistan, and also in mountains of the central Tajikistan and the western Pamir (the drawing 4). 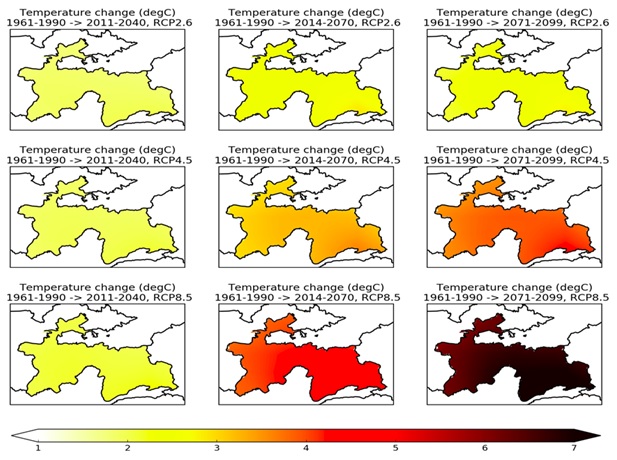 Figure 4. The predicted change of temperature

- scenarios of rainfall. Scenarios of rainfall are developed on the basis of three scenarios of emissions (A1B, A 2, B 1) and is supposed that there will be no essential changes in rainfall in large river basins, such as Vakhsh and Pyandzh (the drawing 5). Nevertheless, changes in the maximum and minimum levels of rainfall as the amount of rain rainfall increases will increase, and the amount of snowfalls decreases. Scenarios assume that there will be big changes in intensity of rain rainfall and their geographical distribution, to reduction of annual rainfall in the southern regions of the country. According to forecasts, summertime will be more wet, and winter dry that can lead to floods and longer periods of drought. 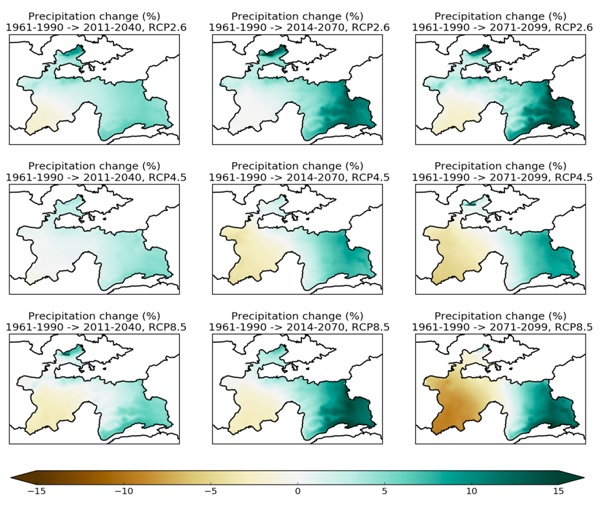 Figure 5. The predicted amount of precipitation

- tendency to drought. The predicted temperature increase will lead to increase in risk of emergence of drought because of higher level of evaporation and early thawing of snow. For example, to the middle of the 21st century, in the densely populated Fergana Valley, according to forecasts of draft evaporations at least on 70 mm will increase by 10 mm, and.

- departure of glaciers. Glacial zones, according to forecasts, will be reduced by 15%-20% in comparison with the current level, at the same time according to the forecasts based on the current rates of departure of glaciers, the majority of small glaciers in Tajikistan completely will disappear in 30-40 years. Reducing quantity of glacial zones will have significant effect on inventories of fresh water in the rivers Zarafshana, Kafernigana, Karataga and Obikhingou that will even more aggravate intensity concerning the rights to uses of water resources as inside, and outside frontiers.

- river drain. Recently observed increases in river drains will hardly continue to the middle of the 21st century in the rivers of the Western and East Pamir (river basin of Pyandzh). In the absence of adequate preventive measures, climate change can increase the average temperature of the pool from °C 0,7 to °C °C-3,0 1,40 to the middle of the 21st century and reduce amount of glaciers by 50%-70%;